In Psychodynamic Therapy the primary focus is on alleviating psychic tension by revealing potentially unconscious content of the client’s psyche. By bringing the unconscious mind into consciousness, the client is provided with the opportunity of separating, facing, and exploring any deep-rooted feelings that they might have and then resolve these feelings. In this way Psychodynamic Therapy can be seen as similar to Freud’s psychoanalysis. Most psychodynamic approaches take the view that there is some maladaptive functioning at play, and that this maladaptation is developed in early life. An example of this is that it is believed that painful emotions and memories are held by our unconscious, but that our unconscious can find it hard to contain these. It is presumed that in order to prevent these emotions and memories from surfacing, people will adopt or construct defence mechanisms such as projection and denial. Psychodynamic therapies operate from the point that these defences can be unhelpful and harmful, and it therefore focuses on revealing and resolving these unconscious conflicts. This form of therapy believes that it is important to build a strong therapeutic alliance, and it relies heavily on the interpersonal relationship between client and therapist when working through destructive defences and painful memories. Psychodynamic therapy is found to be particularly appealing to the kind of people who are genuinely interested in exploring themselves as well as seeking symptom relief. That is because this type of therapy requires a natural sense of curiosity as well as capacity for self-reflection. It is a treatment approach that has been used to help a wide range of problems, including anger, depression and anxiety disorders and following research from Luborsky and others it is widely acknowledged that this kind of therapy can have long lasting positive effects for some people.

So how does Psychodynamic Therapy work?

In Psychodynamic therapy the treatment approach is catered to each individual’s needs so that the subjective experience of the client can be fully explored and addressed. The therapist will focus on building and maintaining a strong therapeutic relationship between client and therapist by adopting an approach of unconditional regard and acceptance for the client. This will act as the foundation for the therapeutic work and allow the client to fully open up their unconsciousness and explore conflicts and maladaptive defences mechanisms.

The therapist will apply specific techniques to help the client explore their mind and understand their unconscious conflicts. The major techniques used by psychodynamic therapists include exploring transference, recognising resistance, conducting free association, and providing interpretations. Exploring the therapeutic transference includes understanding how specific feelings retained from childhood are being projected onto the therapist. It is believed that relationship dynamics and life issues in the client’s life will re-emerge in the context of the relationship between client and therapist. By investigating and acknowledging this relationship the client will be in a better position to accept feelings and resolve conflicts with people from their past. This work will be grounded in a view that psychological difficulties are developed primarily in early childhood experiences and that interpersonal relationships directly influence on internal representations of experiences. By recognising resistance in the client or the therapeutic relationship, the therapist can help the client understand the centrality of intrapsychic and unconscious conflicts and how these conflicts could impair development. Recognizing and understanding resistance will therefore help highlight how defences are developed in the unconscious mind to avoid conflict or unpleasant experiences. Through free association the client will have an opportunity to talk freely with the therapist and relate the first things that enter their mind. The client will not be expected to follow a linear story structure or to form beliefs before they are expressed. Instead the client will be encouraged to adopt a position of non-judgmental curiosity where no censorship of their thoughts is necessary and all thoughts are accepted. Free association is grounded in the idea that people often experience a conflict between their defences against and fears of change and self-exposure, and their desire to learn more about themselves. By avoiding a pre-planned or linear agenda, free association offers intuitive leaps and linkages that could ultimately result in meaning and increased personal insight. In contrast to certain other therapeutic models, in psychodynamic therapy the therapist will remain relatively quiet during most of the session. However, there will be times when the therapist offers interpretations of the themes discussed in therapy, including interpretations on transference, defence mechanisms, and current symptoms. The introduction of these interpretations will based on the therapists awareness of the client’s understanding and ability to incorporate the material discussed with material they are not aware of. The therapist’s role will be to help the client overcome personal limitations brought about by unconscious emotions, and to explore alternative ways of thinking and new patterns of behaviour that could ultimately assist in change, growth and personal development. 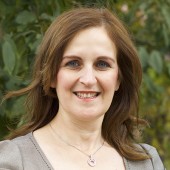 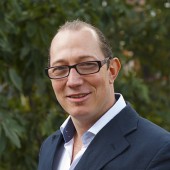 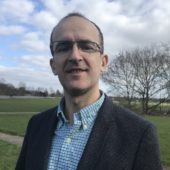